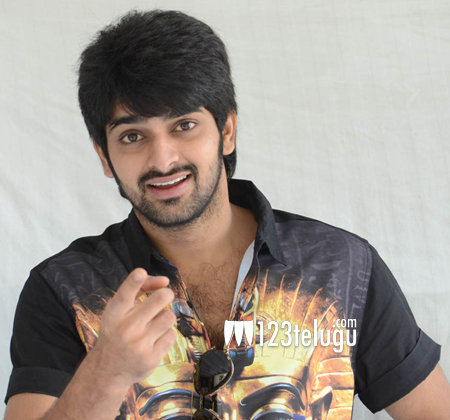 Young actor Naga Shourya, who made his debut with ‘Chandamama Kathalu’ is riding high with back to back hits. After the success of his previous films, he is now back with ‘Lakshmi Raave Maa Intiki’. We caught up with this talented hero for a brief interview. Let’s see what he has to say.

A) I play a pure Telugu speaking guy named Sai in this film who is like Ravi Teja in Idiot.

Q) Why is this film titled ‘Lakshmi Raave Maa Intiki’?

A) Lakshmi is the name of heroine in this film and the entire film revolves around her, so we have titled it as ‘Lakshmi Raave Maa Intiki’.

A) I was the last person to hear this story, as the director approached me only after finalizing the complete cast and crew. I signed this film as I loved the story and screenplay.

Q) How was it working with Avika Gor?

A) Even though, this is her second film, Avika is immensely experienced as she is acting since her childhood. It was good working with her and she gave a superb performance.

Q) You have become a successful hero in a very young age, how do you feel?

A) Definitely, it’s a happy feeling, but with these back to back hits my responsibilities have increased and I have to work more harder.

Q) Who is your inspirations in real life?

Q) What are the highlights of this film?

A) Dialogues are the major highlights of this film. Avika Gor, Rao Ramesh’s performances and music also create a great impact on this film.

A) Currently, I am shooting for a film which is being directed by Chintakayala Ravi fame Yogi. I have also signed two other movies with Nandini Reddy and a debutante director Sai.