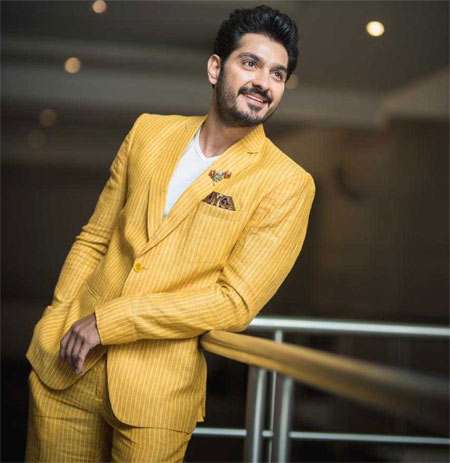 Ali Reza is a young actor who became quite popular with the Bigg Boss season 3. He is in the news for his negative role in the recently released series Expiry Date. We caught up with him for an exclusive interview and spoke to him about the show, how it changed his life, and future projects. Here is the transcript.

How is the response to your new series Expiry Date?

Touchwood, things have been quite good and the series is getting a very good response. The response in Hindi is also quite good and because of that I also got a Hindi OTT show which will be out soon. Coming to my part in the series, I got a good role and won a lot of appreciation for it.

Why were you not seen much in the media post-Bigg Boss?

I did a lot of interviews but it was getting repetitive so I stopped. Also, the third day I came out of the show, I got Nag sir’s Wild Dog where I am playing a key role. I had to start training for the film. Also, I got another project, and so, I was busy with them.

How has Bigg Boss changed your life?

Oh, it has changed my life completely. I was a struggling actor and not many knew about me. The moment I got a chance, I grabbed it with both hands. I was very clear that I would not go there not to win the show. I planned things in a way that I will go there and showcase my talent and prove what I am capable of. So, things worked for me as Nag sir himself saw my work and suggested me for Wil Dog. This was itself a big changing point in my career.

How is it working with a star like Nagarjuna?

He has been a huge influence in my life. I have learned so much after working with him. He was the one who saw huge potential in me and when I was in the Bigg Boss house, he reserved a special role for me in Bigg Boss. The moment I came out, I was offered this film. I am going for a long schedule to Kuku Manali and am looking forward to spending time with Nag sir.

My dad is from Mumbai and used to have a hotel there. He got married here and settled in Hyderabad. I was born and brought up here and always wanted to become an actor. For this, I joined modeling and slowly did shows. There I was noticed and was getting small roles. But things did not change as I was rejected, trolled, and shown the exit door in many projects. The moment I did Dhruva, things changed and I got Bigg Boss.

Why do most of the celebs on Bigg Boss do not succeed?

Bigg Boss is temporary fame which one should not take seriously. You will get a lot of offers once you are out of the show and you need to be clever in picking them up. If you do not plan things early, the fame will fade away. I have seen many wasting their fame and now they are suffering.

Are you following this season of Bigg Boss?

Yes but not that much. Many of the guys in the show are my close friends and are doing so well. As of now, it is very hard to say who will win the show as the celebs are quite clever this time.

Why are you doing mostly OTT shows?

Why not? Things are slowly moving for me and this OTT has become a big boon for actors like us. It has given me an opportunity for people like me to showcase my talent. This is a solid platform where you can grow big and now that OTT is booming, I am in a very happy space and have no complaints about it.

As of now, I am doing Nag Sir’s Wild Dog and also have a Hindi web series. I want to make the most of my popularity and do all kinds of roles and have no assumptions. I should be an actor who fits into any sort of role.

With that, we ended our interview with Ali Reza and wished him the best of luck.