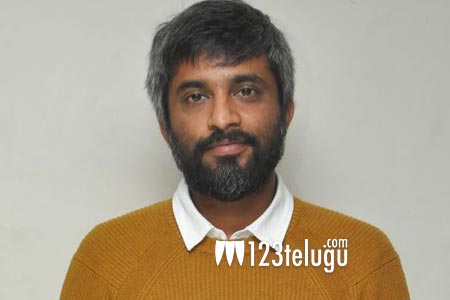 Talented director, Hanu Raghavapudi is one technician who has shown tremendous growth with each film. His new film, LIE has created a lot of hype and is ready for a release this Friday. On this occasion, we caught up with him for an exclusive interview. Let’s see what he has to say.

What is this ‘LIE’ all about?

The story is about a person who always lies in real life. How one of his lies lands him in huge trouble and how does he come out is the entire story of the film. Even though the point looks simple, the narration and screenplay will be quite new.

Tell us about Nithin’s role?

Nithin plays a crook from the old city. He is after easy money and wants to settle down in life with a jackpot offer. How his life turns upside down and how he lands in the US is the whole story about.

Why did you choose a new girl?

As the film was to be shot for over 60 days, we wanted a girl who can give dates in bulk. Also, Megha is a natural performer and acted in her role quite convincingly. No one will believe that LIE is her first film.

For both my films, I worked with new comers. But as the scale of the film is huge, we decided that a senior musician like Mani Sharma will do justice to the music and background score. The result is there to see as the music has caught on quite well.

Why did you choose Arjun in a negative role?

I started the story with Arjun’s character only. Later on, I developed the whole story and was very scared to narrate it to him as his role was very negative. But as soon as he listened to the script, he okayed the film right away.

Will your film survive in such tough competition?

The day we started the shoot, we always had the independence weekend in mind. Suddenly, two other films also joined the race. I am a firm believer that which ever film is good, the audience will surely appreciate and watch it.

What about the entertainment part in the film?

My previous film, Krishnagadi Veera Prema Gadha had a lot of forced comedy but LIE does not have such scenes. The fun is generated through the characters and their behavior.

I already have signed both Nani and Nithin’s film which will only shape up in 2018. Nani’s film has an army backdrop and a lot of time is needed for the pre-production.

Finally, sum up LIE for us?

LIE is a racy action entertainer which has been narrated in a completely new way. Both Nithin and Arjun’s characters will look quite new and impress heavily. The animosity between them is the biggest highlight of the film.

With that, we wrapped up our exclusive interview of Hanu and wished him the best of luck for his future projects.