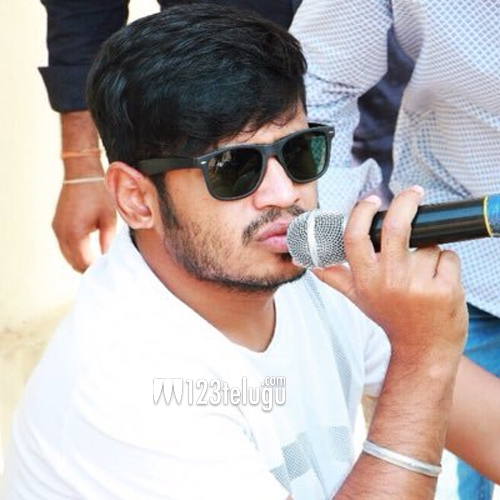 47 Days starring Satyadev has released a few days back on Zee 5. On this occasion, we caught up with the film’s debut director Pradeep Maddali for a brief interview. Here is the transcript.

Frankly, the response has been decent. The reviews have been very disappointing and this hurt me a lot as it was my first film. But things have changed as all those who have seen the film found it decent enough.

I am Rajahmundhry and did my BTECH. I also got selected for an MNC and worked for four years. In 2011, I decided to quit and pursue my dream of making films and now my debut film has finally come out.

I was an avid follower of RGV’s blog. In those days, it was RGV who announced a film called Businessman. I designed the sample poster and both Puri sir and RGV liked it and that is how I joined him as an AD for Appalaraju shoot. As I was also close to Puri sir, I worked with him as well.

When did you decide to take a plunge as a director?

I made a short film which was well appreciated. As I was with Puri sir, I knew Satyadeav quite well and pitched him the story and he liked it. The project took a bit of time to get launched but finally, it went on floors. We also wanted to release this film in 2019 but things did not happen and now it is out on Zee 5.

Satyadev is a terrific actor who is yet to receive his due in his career. He can do any role and it was lovely working with him. Due to location constraints, we shot for 31 hours at a stretch and Satya did not utter a word and shot the film nonstop. This shows his passion for his craft.

Are the producers happy with the film’s deal on OTT?

Yes, very much. They have struck a good deal and made decent money. Once again, if not for such disturbing reviews, my film would have reached a few more audiences.

What did you learn from 47 Days-The film?

From the day I wanted to make the film and to the day it came out on Zee 5, I have gone through personal and professional pressure. But my love and passion for films keeps me going. I have noted all the mistakes in 47 Days and will try to correct them in my future projects.

I am in talks or a web series that I will sign soon. Also, I have started writing my next film which is a slice of life film.

With that, we ended our interview with Pradeep and wished him the best of luck for his future projects.