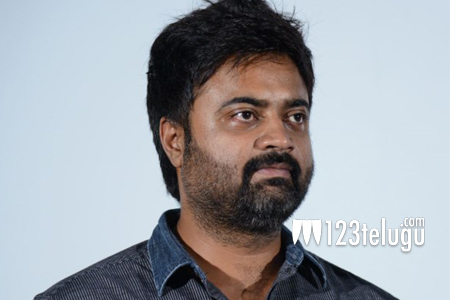 Yet another debutante film maker, Prem Sai is all set to make his foray into films with Courier Boy Kalyan. On the eve of the film’s release, we caught up with Sai for an exclusive interview.

I was born and brought up in Chennai. As I was having a huge inclination towards films, I started my television career and acted for nearly 15 years. After a while, I got in touch with Prabhu Deva and assisted him for many of his films. Once, I was confident that I could direct a film, I started narrating scripts and here I am with Courier Boy Kalyan.

Q) How did Courier Boy Kalyan kick off ?

While I was looking out for a break, I got to meet Gautham Menon. I narrated CBK’s script and he liked it immensely and decided to cast Tamil actor Jai and start the film. Later on, he felt that it would even better if we make this film as a bilingual. He suggested Nithin’s name and that is how Courier Boy kicked off.

Q) CBK was delayed for a long time. How was Gautham Menon’s support during this time ?

Whatever identity I have got during this film, it is only because of Gautham. Right from the inception stages to all its delay problems, Gautam has been like a pillar of support and worked single handedly for its release. Even during the filming process, he never interfered and gave me complete creative freedom.

Q) What are Nithin’s inputs for the film ?

Nithin was yet another pillar for completing this film. He extended superb support and waited patiently for the film’s release. Not once did he get irritated about the delay and gave a wonderful performance.

Q) Personally, did you get bogged down because of the film’s delay ?

No ! I was never depressed as I was well prepared that the film would get slightly delayed as it was being made in two languages. Also, I had immense confidence about my script and was eagerly awaiting the film’s release.

Q) Finally, what is the USP of Courier Boy Kalyan ?

The subject chosen and narration will be the major highlight of CBK. Moreover, I feel that today’s audience have matured and will accept anything new which is told in an engrossing way.

With that, we wrapped up our interview with Prem and wished him the best of luck for his film.