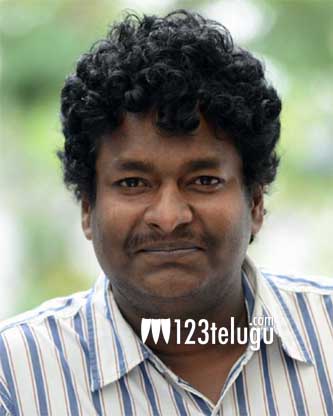 Continuing the lockdown interview series, today, we bring you an exclusive interview with the super talented and upcoming comedian Satya. In a detailed conversation, we spoke to him about his recent popularity, future plans, directorial aspirations and much more. Here is the transcript.

How has the lockdown been treating you?
Somehow, I sensed that things are going to get worse regarding the Coronavirus and brought my family to my native place Amalapuram. My entire family is with me and we are spending some quality time which I missed because of my shoots.

What have you been doing during the lockdown?
I am a big foodie and love to cook. As I have got plenty of free time, I have turned a full-time chef and am cooking all sorts of delicacies for my family. Our area is famous for seafood and I am trying my hand at making them.

You have been around for 10 years now. Why do you keep a low profile?
I am somehow a very private person who is shy. But once the camera is on, I forget everything and go all out. Also, I feel that I have not attained the status of a celebrity to come out and speak about myself. I am happy doing my work and going back home to my wife and daughter.

What made you become an actor?
I always wanted to become a director. I struggled, fought with parents and joined as an assistant director on Nithin’s film Drona. They saw me fooling around on the sets and the director and Nithin felt that I can act and that is how I started my career.

The turning point in Tollywood?
After struggling for five years, I got noticed for my work in Swamy Ra Ra. Then things started changing with Nara Rohit’s Rowdy Fellow. Since then, I got some decent roles but Chalo was a big break and since then there has been no looking back till Mathu Vadalara which had me in an important role.

So will you consider directing in the future?
Yes, that is the aim which I want to fulfill at any cost. As I am growing as an actor and the moment I get settled properly, I will surely think about direction. For now, it’s acting. In the future too, I want to become a good character actor.

Your experience of working in Jabardasth?
Jabardasth is a solid platform to make it big in films. I also worked for a while in Dhanraj’s team and loved the whole setup. But as I get not get time to do more films, I took a big risk and left Jabardasth. Luckily things worked for me. I am very happy to see everyone perform there and love Get Up Sreenu’s acting.

Do you remember your best compliment?
During a shoot of my film in Vizag, an old lady came up and hugged me for a minute and said some she loved my work and watches every film of mine. That was the biggest compliment of my life I feel. Also, the moment I see people enjoying my comedy in the theater, it gives m a super high.

How do other senior comedians treat you in Tollywood?
Touchwood, I have a great rapport with everyone. I am a huge fan of Brahmanandam and keep in touch with Vennela Kishore and Rao Ramesh garu. But actor Ajay has been a good friend for a long time and has been guiding me a lot in my career.

Any particular directors you want to work with?
I am getting to work with good directors now and wish to act in the direction of Puri Jagan, Trivikram and Rajamouli sir in the days to come. I still remember the compliments that Rajamouli sir gave m for my role in Mathu Vadalara. I felt so happy.

Your favorite actors?
I love Chiranjeevi sir a lot. He was the one big inspiration for me to get into films. Also, I am a huge Rajinikanth fan and love his films.

Future of comedy in Tollywood?
The slapstick comedy style is slowly changing as fun is being generated through the characters in the film and not from separate comedy tracks. Natural comedians like Rahul Rama Krishna and Pridarshi have already proved that. So, you will also see me in such roles where the character is very important to the film and generates hilarious comedy.

Future Projects?
My next release is RED and I have a solid role. Apart from that, I am working in Sai Tej’s Solo Bratuke So Betteru, Sreekaram, and Galla Jaydev’s debut films.

With that, we ended our interview with Satya and wished him the best of luck for his future.