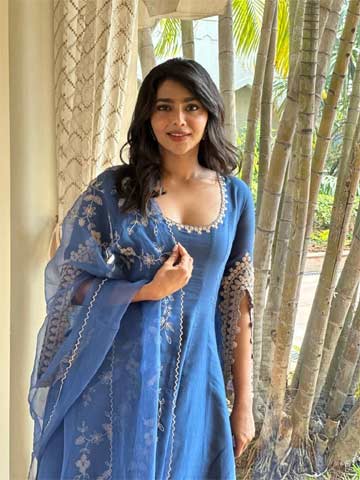 Vishnu Vishal is familiar with films like Ratsasan and FIR. The actor’s next film is Matti Kusthi, directed by Chella Ayyavu, which will hit the screens tomorrow. Mass Maharaja Ravi Teja is producing the movie with Vishnu Vishal under RT Teamworks and Vishnu Vishal Studioz banners. Aishwarya Lekshmi plays the female lead, and Justin Prabhakaran composes the music. Ahead of the film’s release, we had a brief interaction with the leading lady, and here is the transcript.

When did you hear the film’s plot?

I heard the plot three years before Covid. I liked it, and the heroine’s character is challenging. However, I felt I couldn’t pull it off and said the same thing to the director. After Covid, again, the script came to me, and during this period, I gained confidence after doing a few films. Hence I decided to be part of the movie.

What are the challenging aspects in Matti Kusthi?

My character demands more physical work in the film. You would have seen the stunts in the trailer. I like to do emotional scenes, but it is tough for me to handle comedy scenes. So for the very first time, I tried comedy in this film. Hence the film is a challenge to me, and I don’t know how the audience will receive it. But I do hope they will like the movie.

How would the film be?

Matti Kusthi is a family drama, a fight between husband and wife. Wrestling, ego, and entertainment will be present in the film. So everyone would connect to the film. Recently no other movie came that had this much family emotions and entertainment. In Matti Kusthi, we depicted men and women are equal in an entertaining way.

What’s your opinion about Telugu audience?

Telugu audiences love films immensely, and hence Telugu cinema has evolved into the biggest industry in the country. Every film coming from Telugu is getting a great response, and many industries started to follow the Telugu industry.

Do you watch Telugu films? Who is your favorite?

I watch Telugu films, and I like everyone. Every artist tries their best to provide entertainment to the audience. They make films that are accepted by the audience. I got introduced to Sai Pallavi and Satya Dev.

Did you meet Ravi Teja, who is also the producer?

Ravi Teja Garu didn’t come to the shoot. But, he believed completely in Vishal and gave his full support. Ravi Teja sir just asked Vishal to show him the final product. Sir was happy after watching the output, and I met him at the pre-release event.

What kind of films do you like to be part of?

I got support from Tamil, Telugu, and Malayalam audiences. So I don’t have any urgency in choosing my films. I intend to do movies that have good stories and characters that would have more prominence.