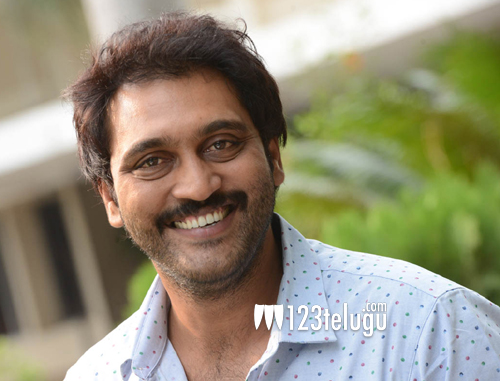 Actor Ajay has become one of the most sought after actors in Tollywood. His current flick, Dikkulu Choodaku Ramayya is all set for a release soon, and we caught with him for a brief chat. Let’s see what he has to say.

I knew director Trikoti from the time of Vikramarkudu. He is a very talented technician, and when he came to me with this role, I had absolutely no doubts in saying yes.

Right from the title to the story, everything is based on me. I am extremely happy for getting a role like this. It was quite a challenge and fun playing a dad and am eager to see the reaction of the audience in the theaters.

Do you think the audience will connect to a unique concept like this ?

Even though such stories rarely exist outside, they would surely connect to the concept. The way our director has handled the film, and has brought out simple humor is quite interesting in the film.

You have mostly done negative roles. How difficult was it doing this clean film ?

I took a lot of care that the audience should not get any negative vibes from me. I have changed my body language, and did my best to ensure that everyone gets to see a new angle of my acting.

How was it working with Sai Korrapati ?

He is one of the most passionate producer whom I have worked with till date. Any other maker would have thought twice to produce a different film like this.

Story of the film is quite unique, and the way the director has handled the entire subject will be yet another plus.

Will you still continue to act as a dad in the future ?

If the character and genre of the film are interesting, I would surely do roles like these.