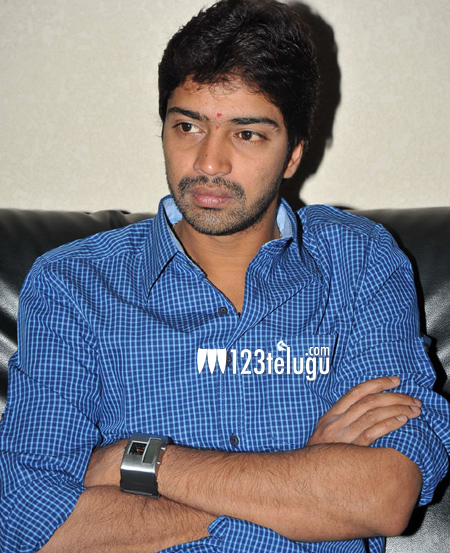 Comedy King Allari Naresh is busy promoting his latest flick Bandipotu and is quite confident about the film’s success. On the eve of the film’s release, we caught up with Naresh for a brief interview. Let’s see what he has to say.

Q) You seem to be promoting your film quite aggressively. Any particular reason ?

Yes ! Film promotions have become hugely important in this day and age. As an actor, it is my duty to let everyone know about my film’s release. This trend is quite popular in Bollywood and is slowly spreading here. From now on, I will make sure to promote my films at least 15 days prior to their release.

Q) What is the reason for choosing Mohan Krishna as the director ?

After watching Ashta Chamma, I always wanted to work with Mohan as I like his style of narration. When I decided to make movies on my own banner, we wanted to start with a family entertainer  and that is how Mohan Krishna and his story got on board.

Q) Mohan Krishna is associated with class movies and you have a mass following. What can we expect from this film ?

Q) The music has caught on well. Tell us about that ?

Recently, everyone was complaining that songs in my movies are below par. So this time around, I made sure that the music turns out to be good. Kalyan Koduri has composed a wonderful album which goes with the flow of the film.

Q) Tell us about Esha. How was it working with her ?

Esha has a wonderful role in the film and has done a superb job. Credit should go to Mohan Krishna garu for extracting a  good performance from her.

Q) Tell us about Sampoornesh Babu’s role in the film ?

I loved the way Sampoo mouthed a two paged dialogue at the audio launch of his film Hrudaya Kaleyam. That image stuck in my mind and when we designed his character in Bandipotu, I felt that he would be an apt choice and roped him in  for the film.

Q) What kind of problems did you face as a producer ?

I have already worked on my dad’s films as an executive producer. That experience helped me during this film and I have not compromised on any aspect and have given my 100 %.

I am currently working with Sreenu Vaitla’s assistant Sai Kishore for a film which is being produced by Anil Sunkara.