Interview : Baba Bhaskar- I feel so happy to act in the Kodi Ramakrishna garu’s banner
Published on Sep 7, 2022 6:13 pm IST 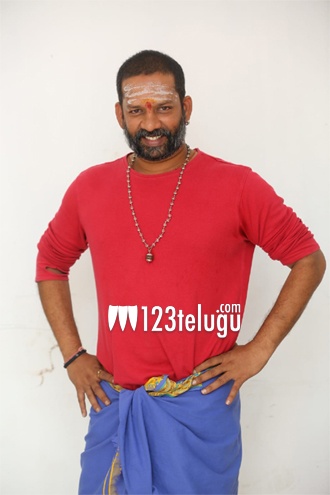 Legendary director Late Kodi Ramakrishna gaaru’s elder daughter Kodi Divya Deepthi is venturing into film production with the film ‘Nenu Meku Baga Kavalasina Vadini’ starring Kiran Abbavaram and Sanjana Anand in the lead roles. The film is directed by Sridhar Gade and is releasing on 16th September. Star choreographer Baba Bhaskar played a key role in this film. Ahead of the release, we had an interaction with him. Here is the transcript.

Tell us about your working experience with the film?

Be it a choreographer, dancer, or actor, cinema is my passion and life. I acted in a key role as the hero’s friend in this film. Acting with him has been very easy for me. He will be friendly with one and all. Director Sridhar Gade has good clarity in the story and has done a lot of hard work. I feel so happy to act in the Kodi Ramakrishna garu’s banner which has given life to many people.

Did you compose steps for songs in this film?

Along with acting, I composed the steps for Lawyer Papa’s song. It received a good response from the audience. I view acting and choreography to be the same without differentiating. I am open to doing small characters as well if offered.

Did you try your hand at direction?

I have already directed a film. I am in plans to direct films further and I am selecting the stories for the same. If the right time comes I will make a movie. My aim is to win choreography awards at the state and national levels. I will work hard for it.

I am doing a good role in Neelakantam’s film after this. Also, I am doing choreography for a Tamil film. Nenu Meku Baga Kavalasina Vaadini has good content that can be watched by an entire family. I hope this film will achieve great success.