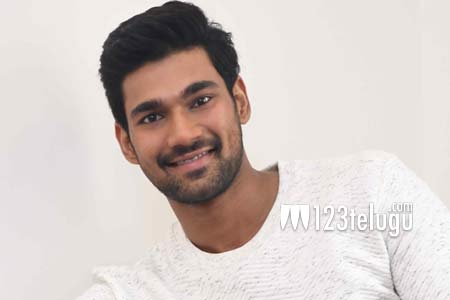 Bellamkonda Sreenivas, always has a top set up when it comes to his films. Once again, his new film has A listers managing things. On the eve of Jaya Janaki Nayaka’s release, we caught up with Sreenivas for a brief interview. Here is the transcript.

How disappointing was Speedunnodu’s failure?

Generally, I am a very confident person but the failure of that film moved me immensely. I remember weeping a lot post the film’s failure. I worked very hard on the film but things did not click. My parents and friends were of huge support during that time.

There is a lot of hype for JJN. How confident are you?

The hype is an added advantage for us and I feel that the viewer will be 100% satisfied when he will watch the film on the screen. Boyapati has touched a completely new point in this film which will be very interesting. We have already watched the film and are super confident.

Why are you mostly concentrating on mass films?

Nothing like that. I have been trained heavily in action and dances and am very confident doing them. As the film is a Boyapati product, there will be surely mass elements. Personally, I like doing mass films but when the time comes I will also do romantic entertainers.

About your dad’s backing?

The moment I told him that I want to become a hero, he took it as his dream and is working very hard to fulfill it. He is my backbone and I feel that no dad in this world will do things as he has done for me. Very soon, he will bounce back with his own production as he has already finalized two stories with other stars.

Working with all A listers?

It was a dream come true for me. I should thank everyone for being patient with me as I was relatively new. The film will look very rich because of all these performers.

I have okayed a film with Srivas as the director. That film will be in a completely new genre and will be high on action. Some known faces will be seen in this film too.