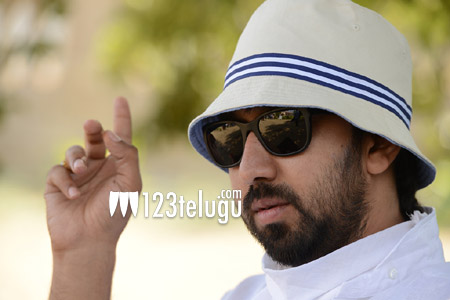 Director ​Bobby,​ got an golden opportunity to direct Pawan Kalyan in just his second film Sardaar Gabbar Singh. On the eve of the film’s release, we caught up with him for a brief interview. Here is the transcript.

Two months after the release of Power, Sharad Marar called me up and asked if I would like to direct Pawan Kalyan. The moment he said those words, I felt I was in some dream. I came out of that bubble only after my name was announced as the director officially.

Q) What is your role regarding the script of the film ?

I adapted Pawan sir’s script and worked on it close to six months. We started filming in April 2015 and we are now releasing it again in April 2016.

All these are just reports. Yes ! as a script writer, he was involved completely with the story and screenplay. But, when it came to direction, he gave me complete freedom and worked according to what I planned and conceived.

Q) Why were so many units involved in wrapping up the film ?

We were shooting for the film at our own pace and one fine day, Pawan called me and Sharad Marar and opinionated that we should release the film by April itself. So, in order to reach the said date, we had to work round the clock.

I have learnt a lot after working with him. Firstly, I learnt to be patient in life. Also, I cannot forget the day when Pawan garu spoke about me at length to Chiranjeevi. It was the most memorable experience in my life as I am a hardcore Chiranjeevi fan right from my childhood days.

Q) Whose idea was it to release the film in Hindi ?

It was completely Pawan sir’s idea to release it in Hindi as well. He felt that as the story is set in North India, it would be apt to release the film in Bollywood.

As of now, I will completely dedicate the next two months for my family.