Interview : Chandni Chowdary- Manu will be a good turning point in my career
Published on Sep 4, 2018 4:21 pm IST 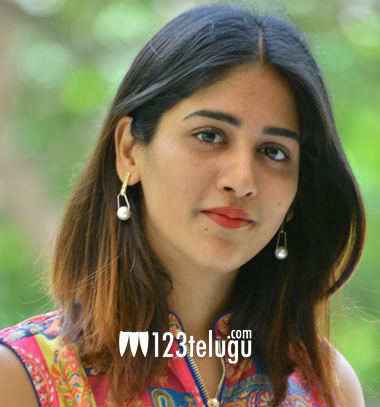 Telugu heroine, Chandni Chowdary has pinned all her hopes on her latest film Manu. The film is up for a release this 7th of September and we caught with up for a detailed interview. Here is the transcript.

What is Manu all about?

The film is a complete mystery thriller and will impress you through its arresting narration. I cannot reveal much about the story but one thing is sure that you will not be disappointed at all with the proceedings.

I play the role of Nila who is a simple girl in life. The character gave me a lot of scope to perform and I did not even need glycerine for a few emotional scenes. Such was the depth of my role and I have given my career-best performance in the film and hope this film will change my career in a right way.

How was it shooting for this dark thriller?

Almost 80% of the shoot happened indoors. A special was erected and most of the film was shot with some brilliant camerawork and production design.

I had a ball shooting with him. The way my role was designed and the manner in which Phani extracted output from me was very good. This is his third film and even though he took a lot of time to wrap up the film, he has done a wonderful job and will thoroughly impress everyone.

How was it working with Gautam?

He plays the titular role of Manu in the film and has given a very good performance. We gelled well on the sets and I hope this film will change Gautam’s career as well.

As of now, I have a few offers in hand and will finalize them after the release of Manu.