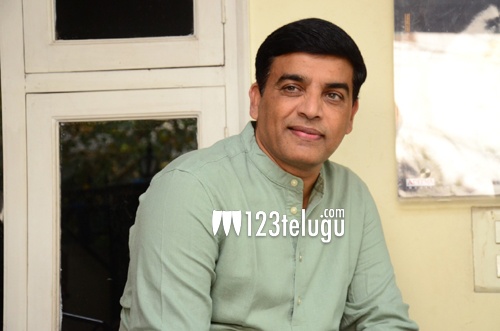 Vakeel Saab is Dil Raju’s biggest project to date. On the eve of the film’s release, we caught up with him for a detailed interview. Here is the transcript.

How nervous are you about Vakeel Saab’s release?

I am not at all nervous. There is a sense of satisfaction after working with a star like Pawan Kalyan which I have always dreamt of. The film has come out well and I will be happier after seeing how well the audience received our film.

About the project getting set up?

After Boney Kapoor brought the project to me, I thought of Pawan Kalyan and approached him, He okayed the film and we wanted to make this project in a quick time and planned everything perfectly. But Corona changed all of that and we had to wait for one year for the release.

How much of a Dil Raju project is Vakeel Saab?

I am known to make content-based films and Vakeel Saab is a perfect film with solid content and emotions. It is a mix of my kind of cinema and a star like Pawan Kalyan. It will have a solid message along with Pawan’s mass Hungama.

About releasing the film during the rise in Corona cases?

Frankly speaking, the vaccine has come out and safety measures are available. We all have got back to our jobs with the utmost protection. So, the actors are also doing their jobs and are releasing their films. We have already lost so much and our only request to the audience is to come in with a mask and be careful with your surroundings. This is how things are going to be in the days to come and entertainment cannot be stopped.

Choosing Venu Sriram as the director?

Frankly speaking, when the project was confirmed with Pawan Kalyan, I had two to three directors in mind. But I chose Venu as he is a big fan of Pawan Kalyan and a sensible director. He will go to another level after this film.

It is a dream come true moment for any producer to work with him. I had a great time working with him and cherish some lovely memories. The way he has treated us and gave the film 100% is very good. I would love to make one more film with him in the days to come.

Finally, about Corna affecting the collections?

Corona scare cannot stop the collections. It has been close to a year since the audience has seen a proper big hero film in theatres. Vakeel Saab will bring a smile to the faces of many and the film will make record business and there is no doubt about it.