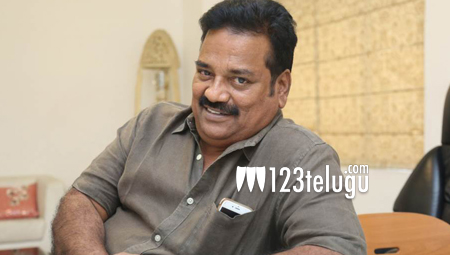 Stunt choreographer Vijayan, who composed several action episodes for many star heroes in the past has designed stunts for Manchu Vishnu’s upcoming action entertainer Dynamite. On the eve of film’s release, we caught up with him for a brief interview. Let’s see what he has to say.

Q) What is your take on Dynamite ?

Dynamite is made in a complete different genre which is quite new to Tollywood. Action episodes will be the major highlight and will impress the audience big time.

Q) Tell us about Vishnu’s performance in the film ?

Vishnu showed a lot of dedication and took special training for the stunts. He did complete justice to his role and gave his career best performance.

Q) How far did Deva Katta involve in designing the action episodes ?

Deva has a good taste for film-making and made some changes to all the lags in the Tamil version. I composed various fight sequences and he selected the best that would perfectly suit the Telugu version.

Q) What elements do you consider while composing fights ?

I look into the story and the backdrop of a film while composing fights. My aim is to reach the expectations of the mass audience.

Q) Why did you take a long gap after Krishnam Vande Jagadguram ?

I got busy with a few Bollywood films and was overseeing my son’s debut film in Tamil. I will now continue to do films regularly.

Q) Finally, why should we watch Dynamite ?

Dynamite is one of its kind thriller which has never been seen in Tollywood before. Deva Katta’s gripping narration and Vishnu’s terrific performance will thrill the audience big time.