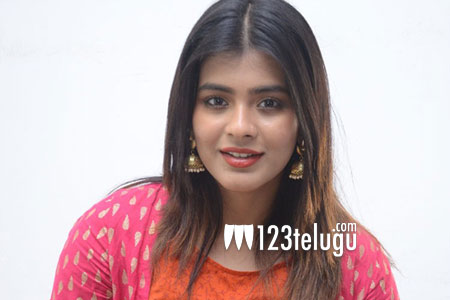 The socio-fantasy, Angel has been in the making for a long time now. The film is finally up for a release this Friday and on this occasion, we caught up with Hebah for a brief chat. Here is the transcript.

Angel is a light-hearted film with a lot of fun. There is a fiction element attached to the film and the way it has been showcased through the entertaining proceedings will impress the audience big time.

I cannot exactly reveal the details about my role but can say one thing that the entire film is centered around me and I am the one responsible for the entire proceedings in the film. I have never done such a role like this before.

Yes! I am very tensed with the outcome with the film. As I have a central role, I am curious to see how the audience is going to respond to this unique concept and role of mine.

About the break in your career?

As I was very busy with my films, I wanted to take a break but that did not happen anytime. I have a few films to shoot first and then will take a proper break.

I had a very good time working with him. He is a very sincere person who has worked very hard with his dances. He has done a pretty good job in the film and our chemistry has come out quite nicely.