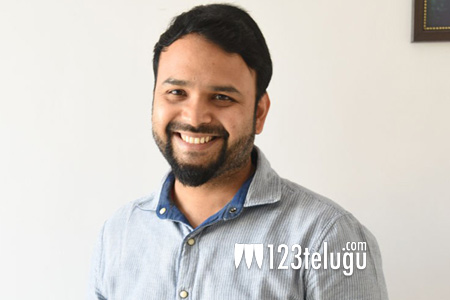 Q) How did the project roll?

A) After preparing the entire script, I narrated it to our Vedhalam director Siva. Impressed with it, Siva asked to narrate it to Gopichand. Gopichand liked the script and that’s how Oxygen started.

Q) What do you think is the main reason for the film’s delay?

A) Actually, we wrapped up the entire shoot eight months back itself but the main delay happened with our graphics team. I never lost hope and waited patiently and this delay has helped me to re-edit the entire film and you will see that fresh output on the screen.

Q) What is the basic storyline of the film?

A) I don’t want to reveal it now but one thing is sure that after coming out of theaters, the public will think about our nation at least for one second. The core point which is told in the film will inspire the audience.

Q) Why did you take so long gap after your first film?

A) After my first film, I tried a lot but did not get good opportunities. As our banner is continuously producing films in Tamil, I kept myself busy in production. After a point of time, I again decided to direct a film and that is how Oxygen happened.

Q) Tell us about the hero’s character in the film?

A) Gopichand’s role will have three variations. You will see a new Gopichand in this film. Oxygen is a perfectly apt film for Gopichand’s image.

Q) Tell us about your music director Yuvan Shankar Raja?

A) YSR is like a brother for me. He really got excited when I met him with this script and worked hard to give better output.

Q) Are you planning any new projects?

A) As of now, my focus is completely on Oxygen, depending on the result I will decide what do to next.