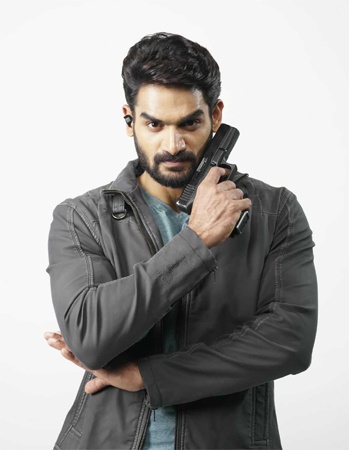 Raja Vikramarka is a film that many are waiting for as it has Karthikeya as the main lead. On this occasion, we caught up with him for a detailed interview. Here is the transcript.

You have seen many cop films but our film is quite new. We will take you to a different world as this film is a stylized action drama with a good dose of comedy.

Why did you choose the title Raja Vikramarka?

Not many know that it was my idea to have this title. I loved the sounding and suggested it to my director. But my director did not approve of it right away. He took some time and said okay. We even informed Chiru sir and he had no issues with it.

What attracted you the most in your director?

He worked in Hollywood projects and has a style of his own. This script is such that, while you hear it, looks simple but will have a different effect on screen. I loved the way Sree narrated the story with a lot of clarity.

Looks like you have tried comedy with this film?

Comedy comes naturally to me and not many know that I am a very jovial person. The director noticed that in me and asked me to behave the way I am outside. Luckily, things have worked.

Working with the likes of Ajith?

I was tense on the day of the shoot but Ajith sir made me so comfortable. In fact, he used to check on me on a daily basis as to how I was feeling on a new set. I have a lovely role and working with Ajith sir was a dream.

How do you rate your career so far?

I have done only a few films and most of them have flopped. I have learned a lot and have stopped doing films for my market or banners. I am taking one film at a time and will do films only if I like them.

It was very disappointing as I pinned a lot of hopes on it. But somehow what I felt would click, did not. With that film, I learned to judge stories better and will be careful in the way I sign films.

I have okayed a film with UV creations and a film with a new director, Also, I have a film with Sridevi movies. I am also getting a lot of Tamil offers but have not signed anyone.