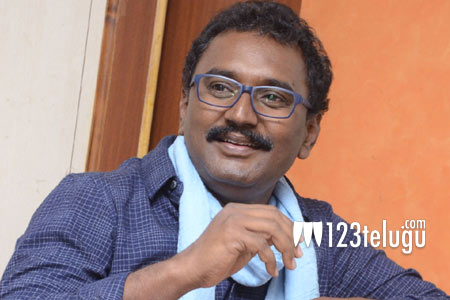 Mohan Babu’s Gayatri is up for a release on the 9th of this month. On this occasion, we caught up with the film’s director for a brief interview. Here is the transcript.

What is Gayatri all about?

The film is set amidst the relationship between the father and daughter. The film is based on the story of Gayatri which is played by Nikhil Vimal. That’s why we named the film as Gayatri.

Why is Mohan Babu also called Gayatri Patel in the film?

Mohan Babu’s double role will come as a surprise in the film. We have not revealed much in the trailer as his role will completely surprise the audience.

Vishnu also plays a key role in the film and his role will be like a younger version of one of Mohan Babu’s character. How we have joined them both is the whole screenplay all about.

It was a great learning experience working with Mohan Babu garu. He called me and offered me to direct this film and I learned a lot during the making of this film. He also gave many suggestions which helped the film big time.

You have directed very fewer films. Why is that so?

I am never in the number game and direct films at leisure when I feel the story is right. The moment I heard the story of Gayatri, I felt I should direct it right away.