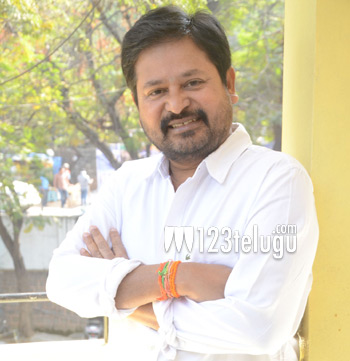 Noted director, N.Shankar, who earlier impressed the audience with some decent outings is coming up with yet another film titled 2 Countries. Starring Sunil and Manisha Raj in the lead roles, this film is scheduled for a December 29th release. On this occasion, we had a brief chat session with Shankar. Here is the transcript.

Q) What is 2 Countries all about?

A) 2 Countries mainly deals with the story of an easy going guy who changes drastically after falling in love. Though there is an intense point narrated, we designed the entire proceedings on a fun note.

A) After Jai Bholo Telangana, I always wanted to do a completely different genre film. In that process, I watched Malayalam hit film 2 Countries and decided to remake it in Telugu in my own production house.

Q) Why did you rope in Sunil for this film?

A) In original version Malayalam star hero Deelip has portrayed this character. So I felt that Sunil will be a perfect fit for this role and approached him. Soon after the narration, Sunil immediately said ok to do the film.

Q) Tell us about the film’s heroine?

A) Her name is Manisha Raj and she is an NRI. After a wide round of auditions, we finally picked her as the film’s heroine. Though she is a newcomer, Manisha has performed well in her character. Everyone will appreciate her acting after watching the film.

Q) Tell us about your music director Gopi Sundar?

A) As you all know, he is one of the busiest music directors in South film industry. He is also the music composer for original version but took utmost care and gave good songs and terrific background score for the film.

Q) What do you think are the main highlights of the film?

A) Apart from lead artists performance, this film has some stunning visuals captured by C.Ramprasad and good dialogues written by Sreedhar. Editing by Kotagiri Venkateswara Rao is also a major plus for the film.

Q) How are you planning promotions?

A) Nowadays, promoting a film has become quite important. As this is our own film, we are spending a good amount on film promotions and trying our best to gather audience attention.