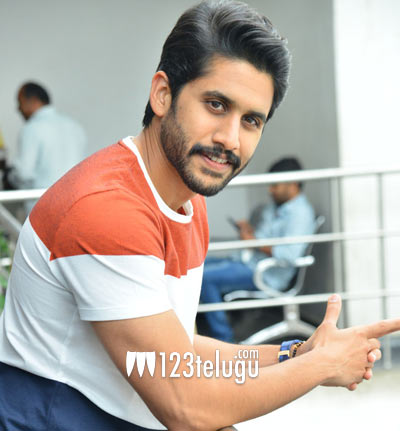 Chay Akkineni is trying his luck as a full-fledged mass hero with Sailajareddy Alludu which is releasing tomorrow. On this occasion, we caught up with Chay for a detailed interview.

Sailajareddy Alludu is my most difficult role to date

Post the success of Rarandoi, I understood that people like me in roles which are close to reality. So, I decided to do a full-length character in a complete entertaining format. That is when Maruthi came to me with this role. Trust me, doing this role was quite difficult as I have never done such an outspoken and loud role in my life. Thanks to Maruthi, I managed to wrap up this film and hope that it impresses everyone.

Everyone around me is egoistic in the film

I play the role of a guy who works with his dad. Things become even more chaotic when I fall in love with a girl who has a lot of ego issues and to marry her, I need to handle her mother who is on another level when it comes to ego. How a simple guy like me manages all the egoistic characters around him is the story of the film.

I was very scared to shoot with Ramya Krishna

Ramya garu is one of my most favorite actresses and I watched Hello Brother over 30 times to date. Post Baahubali, she has become this intimidating actress and like everyone, I too was very scared of acting in front of her. The initial days of the shoot were difficult but slowly I got to ease out and we share a superb chemistry in the film.

Want to show as much variation as I can

Love stories are my strength and suit my body language but I need to do other roles as well. I am making sure that keeping the love angle, I am trying to show as much variation as I can by choosing interesting films like Sailajareddy Alludu.

Samantha gave me a weird look

From my side, there is no competition with Samantha as I want both the films to win the race. I clearly remember the day when I told her that my film is also coming out on the 13th of this month. She gave me a weird look but there was nothing much I could do as the release dates are not in my hands.

My track with Vennela Kishore will be hilarious

Maruthi has designed a superb role for Vennela Kishore. The entire first half will be filled with hilarious episodes featuring me and Kishore. Even in the second half, Kishore comes in as chronic healing doctor and raises the tempo in a superb manner along with 30 years Prudhvi.

Tollywood is seeing a radical change in the way heroes are doing films. I loved Arjun Reddy and RX100 but I feel that I still have a little time where I can attempt such intense roles in the future.

I love encouraging new talent and we have been doing that from Annapurna’s side and did the same with Chilasow. On my behalf, I have worked with new directors but things have not worked out for me. For the time being, I don’t want to work with new directors.