Interview : Nara Rohit – Working on Balakrishnudu was a new experience for me
Published on Nov 20, 2017 5:35 pm IST 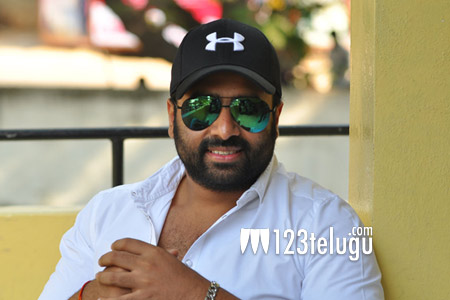 Nara Rohit’s upcoming action entertainer, Balakrishnudu, is scheduled for a November 24th release. On this occasion, we caught up with him for a brief interview.

A) My character’s name is Balu. He will go to any extent for money. Balu is showcased in a naughty avatar. So we kept the film’s title as Balakrishnudu. This being a proper commercial film, working on it was a new experience for me.

Q) Is it the main reason to reduce your weight?

A) No. I have been trying to reduce my weight for a long time. But due to continuous shooting, I couldn’t work on my physique. Fortunately, everything fell in place for this film and I took it seriously and reduced my weight. I was on a proper diet for five months and used to hit the gym regularly.

Q) Will you sport a six-pack look in the film?

A) Not completely. I’ll be seen in the same look that was showcased in the first look poster.

A) To be frank, I had 5 releases last year and even I missed watching some of them in theater due to lack of time and busy schedules. But this year, I want to focus on each film. Maybe that is the main reason for having fewer releases this year.

Q) Your friend Sree Vishnu’s Mental Madhilo is also releasing on the same day, Tell us about it?

A) I have already watched Mental Madhilo. It is a light-hearted love story whereas Balakrishnudu is a complete commercial film. So I don’t think the same day release will affect our films.

Q) Tell us about your heroine Regina?

A) She is not playing a typical commercial heroine role. Apart from songs, her character has a lot of importance in the story.

A) Currently, I’m doing a film called Atagallu under Paruchuri Murali’s direction. Apart from this, I signed a film under Chaitanya Dantuluri’s direction.