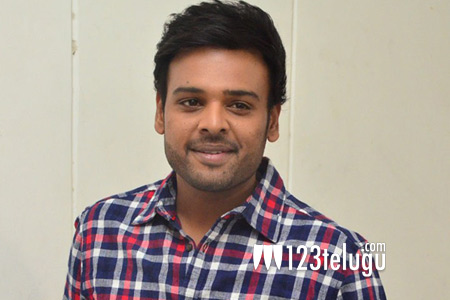 Naveen Vijay Krishna, son of senior actor Naresh is all set to make his debut with the film Nandini Nursing Home. On this occasion, we caught up with him for a brief interview. Here is the transcript.

Are you tensed about you debut film ?

No ! I am eagerly awaiting the release of the film and am very confident about my work. I feel that our film has everything to impress the audience with its simple story.

Many do not know that you are a successful editor. Why this change now ?

I always wanted to become a hero and told to my dad about it. He asked me to complete my studies first and then think about films. Then I turned my concentration towards editing and worked for Krishna Vamsi’s films like Danger and Raakhi. I even used to cut trailers and songs for Mahesh Babu’s films. The editing job took a heavy toll on my health and I deliberately took a break from it and am here as an actor now.

So how did you prepare yourself to become an actor ?

Many do not know that I weighed around 130 kilos. I worked very hard for a very long time to reduce my weight and told my dad that I want to become a lead hero. He happily accepted it and here I am with my first film.

How has Mahesh supported you through these years ?

I knew Mahesh right from the time of my editing days. The day I told him that I want to become an actor, he was surprised and said that it would be very difficult to achieve what I was looking for with my weight but wished me the best of luck. I never saw him for the next two years and met him recently after my weight loss. Once again, he was shocked to see my transition and was quite happy and encouraged me in my career.

Your first film is yet to release. How do you feel ?

Yes ! we have a portion of the film to be reshot. In the meantime, this film was ready and we are promoting it as my debut film. Once I am done with Nandini Nursing home, we will release that film in the month of January.

How have you planned your career ?

I clearly know my strengths and will act according to it. I will only choose roles which will suit my personality and image.