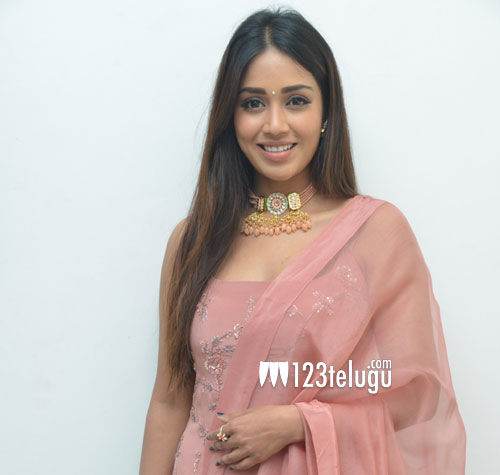 Paagal is a film that is ready for a big release in the days to come. The promotions have started and on this occasion, we caught up with the film’s heroine, Nivethe Pethuraj for a detailed interview. Here is the transcript.

I heard this story two years back. The director came to Chennai and narrated the story. I liked my role but had a few doubts about the character. I spoke to Dil Raju Garu and he cleared things for me and here I am with the promotions of Paagal.

The way narrated the story was quite impressive. I can confidently say that he has done a solid job and narrated the film in an entertaining manner. The way he encouraged me and extracted performance was quite good.

I play a bit serious role in the film who is not interested in love and other aspects. The emotional angle in her character has been executed so well in the film. Every time, I heard my character graph, I had tears in my eyes.

Why are you always doing serious roles?

Frankly speaking, even I don’t know. Maybe because of my face cut and body language, everyone is approaching me with serious roles these days. I want to get away from all this and do a healthy and fun role.

I loved working with him. He is a live wire and has done a solid job in the film. I hope that our love and hate relationship will be loved by one and all.

I have one more film lined up in Telugu. In Tamil, I have signed two more films and I have pinned a lot of hopes on Paagal as it is a very good film and will surely work at the box office.