Interview : Parasuram Petla – Mahesh Babu’s character in SVP will be next level
Published on May 6, 2022 7:00 pm IST 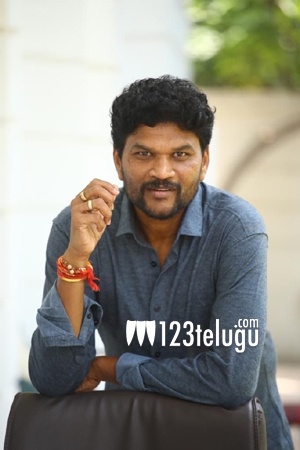 Mahesh Babu’s Sarkaru Vaari Paata is up for a grand release in theaters on the coming Friday. On this occasion, we met with the film’s director Parasuram Petla for a brief interview. Here is the transcript.

Tell us about the inception of Sakaru Vaari Paata story?

The idea of Sarkaru Vaari Paata had come while Geetha Govindam was in production. After the release of Geetha Govindam, I worked on this script with Mahesh Babu in mind. The main reason for the project to happen is that Mahesh liked the character design as much as the story.

As you see in the trailer, the movie is an out and out commercial entertainer. Mahesh Babu’s looks and presentation will be at the next level. Even if there is a hit like Geetha Govindam for a medium-range director, some may have a question as to how the Superstar Mahesh Babu had given a chance but everyone will be happy after seeing the film.

Tell us about Mahesh’s role?

To be clear, the movie involves a bank topic but Mahesh Babu is not a bank employee. Also, this story is not about a person but about questioning the system. A fun story which is written with good intentions. The dialogues in the trailer are excellent and they reflect the essence of the story that takes place between people of two different mindsets.

Why did you choose Keerthy Suresh?

Did you follow any pattern for the songs in the film?

I do not follow any pattern. I need a strong situation and lead to place a song in a particular scene. I am also very particular about the tune and the lyrics. Sarkaru Vaari Paata had wonderful moments for the songs. The song comes where it is needed. All the songs are going to be awesome.

Does the film give any messages just like in other films of Mahesh Babu?

There will be no message but there will be a purpose. The film manages to entertain as a whole lighter, fulfilling a wonderful purpose at the end. Every viewer should be connected to this point.

Thaman gave a chartbuster album. All the songs that came out to date are awesome. Thaman worked in a unique style for Sarkaru Vaari Paata songs.

Any particular reason to use ‘Nenu Vinnanu… Nenu Unnanu’ dialogue?

I’m a fan of late YSR garu. YS Jagan garu continuing his legacy. ‘Nenu Vinnanu Nenu Vunnanu’ is a perfect line that is so apt for the specific scene in our film. I told the dialogue to Mahesh in the first sitting itself, he has no problems because there is no political connection to the story.

Any plans to release SVP in other languages?

Neither Mahesh nor I have that idea. We envisioned this film with our sensibilities. But the Telugu version goes everywhere. So, there is no intention to release the film at the pan-India level.

My next movie will be produced by 14 Reels with Naga Chaitanya as the hero. I am working on some other scripts and will reveal more details once I finish them.