Interview : Raj Madiraj – Everyone will recollect the memories of his love story after watching Andhra Pori
Published on Jun 4, 2015 10:34 pm IST 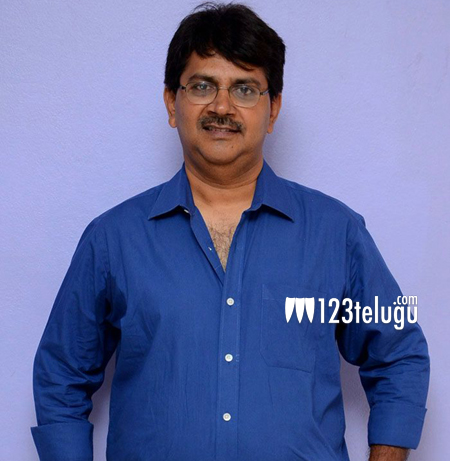 After directing ‘Rushi’ in 2012, which was critically acclaimed, director Raj Madiraj is bringing to audience a teenage love story ‘Andhra Pori’. Starring Puri Jagannadh’s son Akash Puri in the lead role, this movie is a remake of Marathi super hit ‘Time Pass’. This movie is releasing tomorrow (5th June). We caught up with him for a brief interview. Let’s see what he has to say.

Q) Tell us something about Andhra Pori ?

After the release of Rushi in 2012, I had planned to come up with a romantic entertainer. At that time I watched the Marathi super hit Time Pass and decided to remake it with young artists. So, I selected Akash Puri and Ulka Guptha.

Q) What changes have you made to this remake ?

Q) Why did you select Akash Puri for the lead role ?

Initially, we planned to select new artists for this subject. But, I felt that Akash Puri will suit perfectly and met Puri Jagannadh. We got an immediate nod from him and proceeded further.

Q) The entire shooting was completed in a very less time. How is it possible ?

Yes, we had completed the shooting in one month. The entire movie was shot in Khamman. All the songs were shot in the beautiful locales of this place and they are the special attraction in this movie.

Q) Why is this flick titled as Andhra Pori ?

The hero in this movie is a young student who falls in love with a Andhra girl. He lovingly calls her as Andhra Pori. This is the reason behind the title.

Q) What are the major highlights in this flick ?

This movie is a cute teenage love story which deals with innocence and funny moments between young lovers. The younger generation will know the real meaning of love through this movie. Every individual who crossed teenage will recollect the memories of his love story after watching Andhra Pori.

I will announce my future projects after the release of this movie. I am planning a different genre for my next flick.