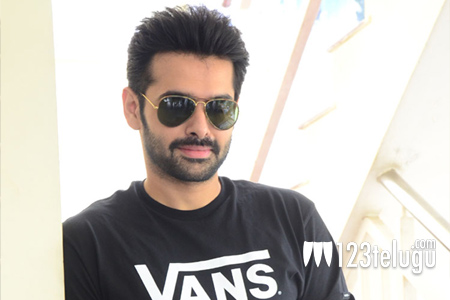 Ram’s Hello Guru Prema Kosame is up for a release this Thursday and on this occasion, we caught up with him for a detailed interview. Here is the transcript.

The moment writer Prasanna narrated me this script, I liked the twist which he narrated in the second half. The manner in which he has conceived the whole family drama during this time is completely new and has been not touched before.

I play a software engineer who comes from a small town. He meets a girl and how his life changes completely and what he does to win her is the story and my role in the film.

What can we expect from this film?

There is a lot of good humor in the film which is mostly between me, Prakash Raj and Anupama. The story itself gives a good scope for good comedy which is situational in the film.

Tell us about Pranitha’s role in the film?

Many think that she is playing another lead in the film. She is doing a kind of extended guest role in the movie and there is no triangular love story with her as everyone is thinking.

How was it working with Trinadh Rao?

Trinadh Rao has a massive mass pulse and knows how to get the performances from his actors. That is the reason he is very successful in the last few years. He and writer Prasanna have worked on this film and we are all very happy with the output of the movie.

Your career is not going the way it should. Any regrets?

No, not all. I have believed in some scripts and did them. But they bombed badly. If they would have been a hit, my situation would have been different. But that is how life is.

I have never seen such a passionate producer like Dil Raju. He takes superb control of the project and stills gives you space and asks suggestions all the time which is why most of his films are super hits.

Why are you doing films on such a slow note?

I hear a lot of scripts on a regular basis. I can only choose from the projects I get and there is not much choice as most of the makers come to me with love stories as such films of mine in the past have been hits. I would love to do different cinema but the roles and scripts should excite me.