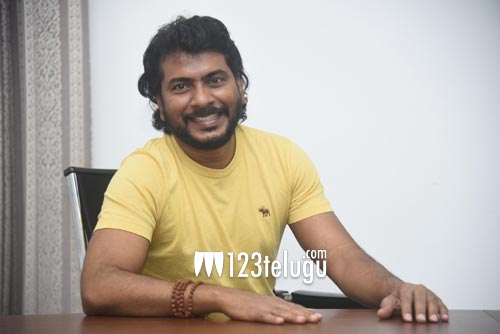 Seetimaarr has opened to some good reports all over and on this occasion, we caught up with the film’s director Sampath Nandi for a detailed interview. Here is the transcript.

How is the response to the film Seetimaarr?

The response has been quite overwhelming. The trade is saying that the film is going to be a huge hit and the numbers will prove it in the days to come. The film has made more money than the Hindi biggies which released and this is so good to see.

What helped the film click and why Kabaddi backdrop?

The emotions in the film are quite strong and the mix of Kabaddi and action helped the film in a big way. For me, Kabaddi is the massiest sport in India and that is the reason, I took it as a backdrop and added solid action elements.

Did you ever feel that the divide between Andhra and Telangana will cause trouble?

Not at all. When it comes to emotions, every region is the same. Though I showcased small comments on the Telugu states, by the end of the film, I made sure that the Telugu language is one and how we as Telugus stand together as one was showcased.

Seetimaarr’s success was a must for you and Gopichand. Did you feel any tension?

Yes, I had so much tension and was did not sleep for even an hour in the last few days. My producer’s money, our career’s and Gopichand’s star status was at a stake. But the audience blessed us and the way the shows are going houseful shows how big a success the film is.

The songs and climax have clicked well. What’s your take?

Mani Sharma should be appreciated for the songs. The manner in which Jwala Reddy became famous helped the film in a big way. It also comes at the right moment. As there was a lockdown, I got time to design the fights in a better manner. So, the output is there for all to see.