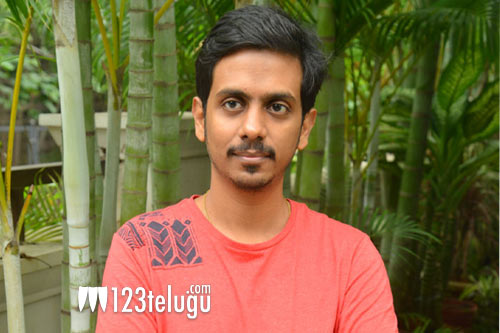 Antariksham is one of the most awaited films in recent times. The film is directed by Sankalp Reddy and as the film is ready for the release, we met with the director for a detailed interview. Here is the transcript.

How did the thought of making Antariksham strike you?

The idea of making Antariksham struck me three months after the release of Ghazi. I got this though after seeing a new paper article about space. Right away I wrote the story and adapted it to Indian standards.

Is Antariksham on the lines of Gravity or Interstellar?

Not at all. This film is no way connected to Gravity, Interstellar or the recently released Tik Tik Tik in Tamil. My story is quite fictional and this is based on a certain event which happened in the past.

Tell us about the making of this film?

We started the shoot on the 3rd of May and made the film in 70 days straight. Most of the shoot was done in Annapurna Studios and 40 days were done on zero gravity sets.

What kind of research went into the making of this film?

We did a lot of research and met a few scientists from ISRO. A lot of info was found on the net and from the websites of NASA and other space-related documents. After gathering all the information, I made the story by taking a few cinematic liberties.

How did you convince Varun for this film?

Once I wrote the story, the first person who came to my mind was Varun. I showed him a specific snap of space and told him that our film is based around that snap. After four months, I met him again and narrated the entire story and he okayed the film right away.

Has the national award become a burden to you?

In a way yes. It has made me think big and I am already getting very good offers from Bollywood. My next two films will be in Hindi and they too will have different concepts.

Did Krish help you during the making of the film?

Yes, during the story settings, he told a few changes and helped us a lot in the pre-production stages. His help was everything for us and it was lovely working with a producer like him.

How hard did the actors find shooting for this film?