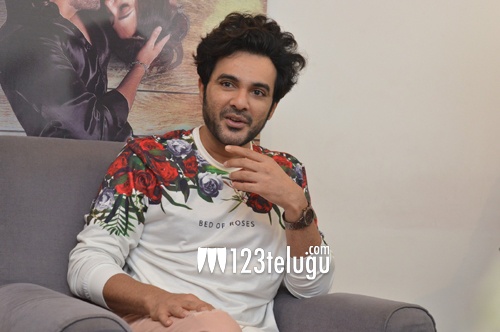 DJ Tillu is up for a release this Saturday. On this occasion, we caught up with hero Siddhu Jonnalagadda for a detailed interview. Here is the transcript.

Why didn’t you involve much at the press meet controversy?

So many asked me that I should have reacted harshly to the reporter’s question. But I avoided the question and gave respect to the actress. We all are humans and we were in a fun zone and this happened accidentally. People do commit mistakes and what I felt, I explained in my press release.

Did you expect such a huge response for the trailer?

To be frank, I always had confidence that this film will be a hit. The same happened when we cut the trailer. Now that we have seen the film, I am also very confident that everyone will love the film.

You have co-written the story. Is this based on your own experiences?

In a way yes. I have brought up with some eccentric people in Hyderabad who are rare in today’s society. They are different and are not showcased on screen so far. That is the reason, I felt, I should highlight such people and bring them in a unique setup.

You play a loud character DJ Tillu. How did you prepare for it?

I am from Secunderabad and it was easy for me to own the character. As I have been close friends with a lot of local people, it helped me a lot. I always found DJs weird as they live in their own world. So, I wrote the hero’s character as DJ Tillu. All those he meets and interacts with are quite crazy.

Involvement of Sithara and Trivikram in this film?

Once we wrote the story, we narrated it to Naga Vamsi and he greenlight the project. We then took the film to Chinna Babu Garu and Trivikram sir. He gave his key inputs and supported us a lot.

Films like DJ Tillu have come already to Deccani Cinema. What is the difference?

Yes, such characters have already come out in our Deccani Hyderabadi cinema. But the packaging is something different and the local setup will connect with everyone.

This is your big release, how do you feel?

Yes, this is my biggest release to date and will change my career after its release. I am very nervous and so much is going on in my mind. I am also confident at the same time and am waiting for the audience’s response.

You have donned multiple hats. What is your forte?

For me, acting is my forte. I won’t say I have always been good at writing and am doing it as it comes. You never know what will happen in the future. I love filmmaking and want to keep myself involved in it somehow or the other.

I have one more film with Sithara Entertainments and am already doing Butta Bomma. There are also a few other films in the pipeline which I will announce soon. For now, all my energies are towards DJ Tillu.