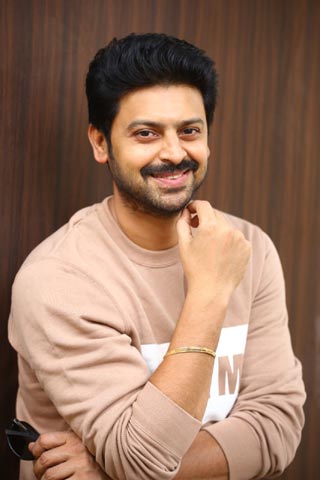 Actor Sriram, well known for Okariki Okaru, Aadavari Matalaku Arthale Verule and Snehithudu movies, will be seen next in 10th Class Diaries. On this occasion, we met with him for a brief interview. Here is the transcript.

How did you become a part of this film?

I have a good relationship with the cinematographer turned director Anji. We both had to do a film in Tamil but it didn’t happen. Then I said to him to make his first film with me. To my surprise, producer Achut Ramarao told me the 10th Class Diaries story that happened in his life. Everyone will relate to the story for sure.

It’s a reunion kind of movie. Everyone might be a villain in someone’s life because of many intentional or unintentional mistakes. How such a mistake changed the lives of many is the concept of our movie. We shot it close to reality.

Avika Gor is such a lovely actress and also a good performer. She played Chandini in this movie and my quest for her is the movie theme.

Does the film have any similarities with 96 movie?

No. Some flashback portions might have similarities but not completely. Before 96, films like Naa Autograph Sweet Memories, and Premam were released and they also have some similarities. When you deal with such subjects, such similarities will happen for sure.

What are the pros and cons of a cinematographer turned director?

Cinematographer Rasool Ellore’s debut movie is with me. KV Anand also did a movie with me. Now, it’s Anji. Many cinematographers approached me to do films, which I rejected because of their stories. Some cinematographers can showcase spectacular visuals but ignore the story. But, Anji directed this feel-good movie very well and it has all the emotions. 10th Class Diaries gives me utmost satisfaction after Okariki Okaru.

Nowadays, I am rejecting such roles unless someone close asks me to do them. At present, I am doing a supporting character in Ravi Teja’s Ravanasura. I love to do many Telugu movies. I will act only if the scripts are good. Otherwise, I have Tamil films.

I have 6 movies in Kollywood and recently acted in a Telugu web series called Recce. Besides, discussions with Anji are happening for another project. Rasool Ellore is also readying a script for me. I will announce them once they are finalized.