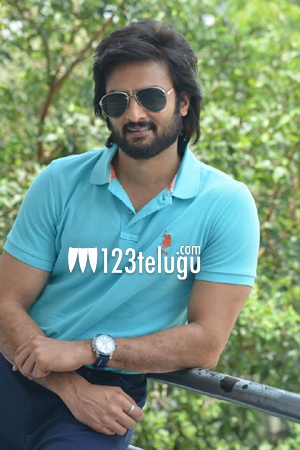 Sridevi Soda Center is up for a release and Sudheer Babu is promoting it aggressively. On this occasion, we caught up with him for a detailed interview. Here is the transcript.

How did this film materialize in the first place?

I happened to watch Palasa and loved it immensely. I messaged Karuna Kumar and asked him to narrate something interesting if he has lined up any. After a few months, he narrated to me the story of Sridevi Soda Center and I okayed the film right away.

Everything about this film was so realistic. This film has romance, drama, action, comedy, and emotion. What more could I have asked for and here I am so confident about the release.

Why did you choose a caste-based story?

We have the caste angle as well in the film. But that is not only the aspect here. My film has a love story, village politics, and other issues which have been narrated in a beautiful manner by Karuna Kumar.

I play Suri Babu, who is an electrician. He wants to marry a girl like his mother. A girl named Anandi enters his life and also brings big problems. How does he manage caste, politics, and how he handles is the story.

Getting into the physical transformation was not that easy. I had to speak the Godavari slang and worked on it a lot. The writer of the film also helped me in the dialogue version. This character has given me a lot of satisfaction and I am physically and mentally drained as the film has strong emotions.

Are you happy with the stardom you have?

I am a person who is connected to the ground reality. I choose from the best I get and am learning daily. But one thing is sure that my range is growing with each film. More than stardom, I am looking at longevity in my career. I also feel that my day will come when the box office will also work out.

Which one will you pick. Hero or villain?

I always look for the best role and I came to the industry to become a hero. I like the hero’s attitude and that does not mean, I won’t do a negative role. But the role should be smashing enough for me to take up.

It is always easy to work with Telugu heroines. Anandi is a solid performer and has proved the same with the film. She has done a solid job and will impress one and all.

What happened to Gopichand’s biopic?

From the day it began, the film has faced some problems or the other. Now, Junglee Pictures have come in and it will take some time until the film goes on floors.