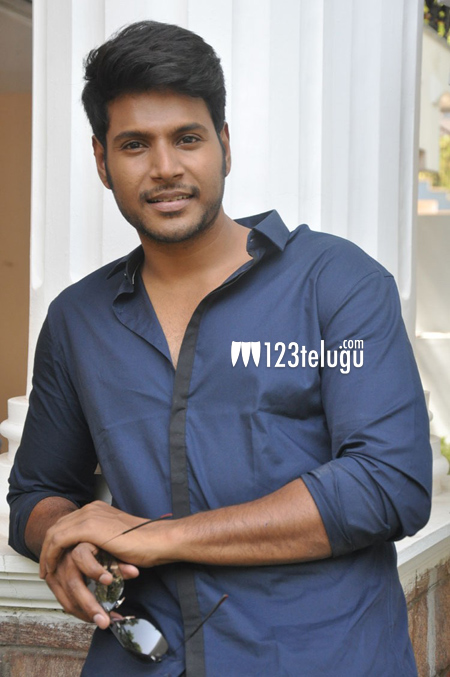 Young hero Sundeep Kishan, is back with his latest film Run. On the eve of the film’s release, we caught up with him for a detailed interview. Let’s see what he has to say.

Q)What made you choose a remake ?

Neram was a super hit in Tamil. Also, when it was made in Marathi, it turned out to be a huge hit. So we thought that it would be really good to remake it in Telugu.

Q)What is Run all about ?

Run is a screenplay based film which has the concept of time. The entire film takes place in a single day and what happens during this time is the story all about.

Q)Why did you choose Anil Kanneganti as the director ?
Actually, Anil was the first director who narrated a script to me after Prasthanam. Some things did not work out then and he made that film with Manoj which was titled Mr Nokia. Now, after a long gap things fell in place and we decided to remake this film together.

Q)How was it working with Bobby Simha ?

Bobby an I are friends from quite a long time now. He was the one who played the negative role in the original as well. Once he was on board, things fell into place automatically and he has done a wonderful job and will make a striking debut in Telugu.

Q)Have you made any changes to the remake ?

Not much. As the film is based in the city, we didn’t have to add more elements. The story is such that it will connect with every single youth.

Q)Why have you shifted your focus to Tamil films ?

Anil garu is one of my most favorite persons in the industry. He has done so much for me in the past and when he called me for the remake, I accepted it blindly.

Q)Tell us about your future projects ?

After Run, I have Okka Ammai Tappa, Maayam and one Tamil film which is ready for release.

Q)Will you ever venture into film production ?

No ! as of now, I am concentrating on my film career.