Interview : Swathi – I know everyone will comment about my weight in Tripura
Published on Nov 4, 2015 1:25 pm IST 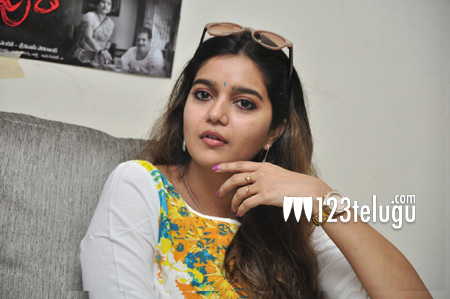 Colors Swathi as she is fondly known, is quite picky about her films. Probably for the first time, she will be seen in an out and out commercial entertainer Tripura. On the eve of the film’s release, we caught up with her for a very detailed interview. Let’s see what she has to say.

Q) Why do you take such long gaps for every movie ?

I have been working simultaneously in both Malayalam and Tamil films off late. That’s why my Telugu projects have a slight gap. Also, these gaps give me a lot of time to spend quality time with my parents and discuss many things with them.

Q) Tell us about Tripura ?

Tripura is a complete entertainer with some super natural and horror elements. I play an innocent house wife who gets weird dreams which turn out to be true most of the times.

Q) How was the whole experience shooting for this film ?

Shooting for an hardcore commercial film like this was quite difficult. As I am not used to these song and dance routines or horror films, I thoroughly enjoyed the shoot.

Q) Do you believe in super natural elements in real life ?

Some times I get weird dreams too, but I shrug them off once I wake up.

Q) The trailers reveal that you have put on a lot of weight ?

Laughs ! That is one comment I am getting where ever I go. I also know that post the film’s release, I am going to get a lot of flack for the same and I am well prepared. Actually, I had to look innocent and a bit elderly in the film. That is the reason I put on six kilos for my character.

Q) There are reports that Tripura is a sequel to Getanjali ?

No ! not at all. Even I am hearing such reports but Tripura is quite different from Geetanjali and will impress everyone even more.

Q) Why are you so picky about your films ?

Look ! I am pretty content with what I have. Whatever comes my way, I try to pick the best and do it. There has to be something strong from me to do in these films. I am not here to do something great and am currently enjoying this slow and steady phase.

Q) Reports reveal that Tripura was actually written for Anjali and Geetanjali for you. What do you have to say ?

I never knew about all these things. I only want my film to do well and entertain the audience.

Q) What are your future plans. When are you getting married ?

Currently, I am in a good phase and taking things one at a time. If I like someone and feel that I should settle down in life, I will do it right away.