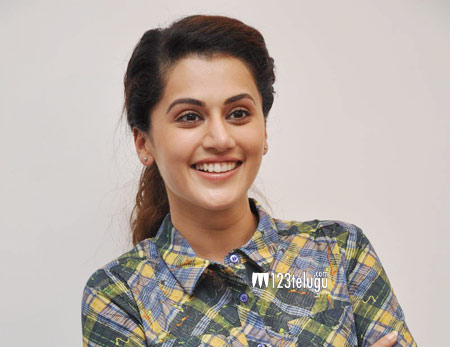 Punjabi bombshell Taapsee, is on top of the world with the success of her latest flick Ganga. We caught up with her for a brief interview. Let’s read on see what she has to say.

How is the response for your film ?

The response has been amazing. Ganga is the biggest hit of my career, and the way I am being appreciated is so delightful. I always had a feeling that this film would became a hit but the reports state that it is a blockbuster hit which is even more awesome.

Your performance has been appreciated quite heavily. Tell us about that ?

I have worked for two long years on this film. It feels so good when audience appreciate your work. I have always been considered as an glamorous actress and this recognition will help my career by leaps and bounds.

Was this shift of doing performance oriented roles intentional ?

Yes ! After doing some hardcore commercial films, I decided that I should now do films which give a lot of importance to my character. I am lucky enough to act in films like Baby and Ganga which had important roles.

How was it working with Lawrence ?

He is a such a hard working guy who always gives his best. I was surprised to see him handle so many tasks at one time on the sets. I learnt a lot from him and will be thankful to him for giving me Ganga.

How challenging was your character to portray ?

I had a tough time playing this character, and especially all the scenes which come during the second half were so hard to enact. I took a lot of retakes to get everything right.

When will you do a straight Telugu film ?

I would love to do a film in Telugu but have not come across anything that is quite challenging.