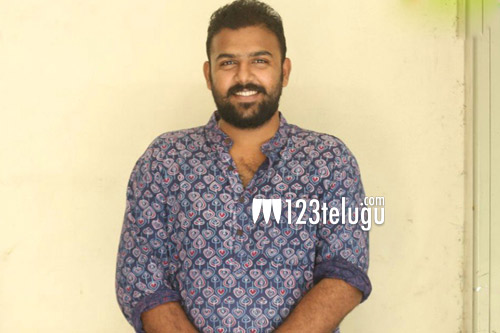 Tarun Bhasckar, who made the super hit Pelli Choopulu is now ready with his latest film Ee Nagariniki Yemaindi. The film is up for a release tomorrow and on this occasion, we caught with Tarun for a detailed interview. Here is the transcript.

During the release day of Pelli Choopulu, I was very tense and didn’t know what to do. Now, I am relaxed as I am very confident about the project. Upon that, I have a producer like Suresh Bau who takes care of all the formalities and makes my job easy.

You had many special shows for Pelli Choopulu. Why didn’t you repeat the same for this film?

We had certain doubts for Pelli Chopulu and the special previews helped us a lot. We started the same way with this film but after two shows, Suresh sir didn’t want any more previews as he was very confident about the film. The buzz is decent and I hope that it transforms even for the result of the film.

What made you choose a buddy comedy?

I always make films on subjects which I come across in life. I always felt that buddy comedies have never been made in Telugu and my film will be the first one to deal with an interesting subject.

My film is all about a group of four directionless people in life who get together and give their life a direction. The film also deals with the subject of alcohol addiction and how the youth is getting carried away by the negative effects in the society.

How strict was Suresh Babu with the budget?

I was very clear what I wanted and there were absolutely no problems as Suresh Babu gave me whatever I asked for. Half of the film is shot in Goa and we made the film in my own style and Suresh Babu only supported us in every way.

Why do you maintain a low profile?

I don’t like the word fame. It has both negative and positive results. I cannot see someone trashing me on the social media as my ethics and sensibilities are very middle class. That is the reason I keep away and spend time with my family.

Why all newcomers for this film?

For me, the story is always important. That is also the reason I cannot work with stars. I am not yet prepared to weave stories around the heroes. So only I cast mostly new heroes for my films. The casting of this film took me close to two months to get things right. Each one of them has done a wonderful job and will impress everyone with their performance.

Finally, about your future projects?

My next film will also be with Suresh Productions and I am almost on the verge of finalizing a script. As I said casting will only be done once I am ready with my story. For now, I am very happy that my second film is releasing in a big way.