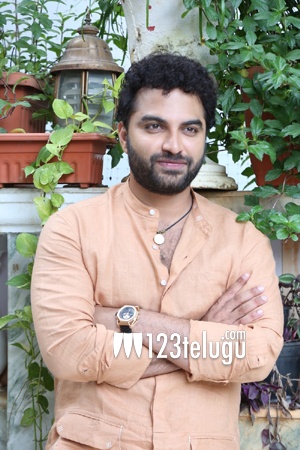 Ori Devuda starring Vishwak Sen in the lead role is set for a massive release tomorrow. The film has Mithila Palkar and Asha Bhatt as the female leads and is directed by Ashwath Marimathu. The film is produced by PVP Cinema and Sri Venkateshwara Creations and carries a good buzz. Ahead of the release, we met with Vishwak Sen for a brief interaction. Here is the transcript.

When was the project locked?

It started in 2020. Due to the Covid lockdown, the film got delayed, which was supposed to be released in 2021. I have actually committed to Ori Devuda before Ashoka Vanamlo Arjunakalyanam. But it is good that Ori Devuda is coming after AVAK since I played an elderly role in the latter, and now I am coming up with a young role.

How was the working experience with Venkatesh?

I feel lucky to work with Venkatesh Garu. I always thought of doing films with Nagarjuna and Venkatesh sir, and this film came as an unexpected surprise in my life. The set experience was fantastic, and you will surely enjoy Venky sir’s part.

Were you disappointed with the result of AVAK?

I am not at all disappointed. I know the amount of fame and appreciation I got for the film. Everyone questioned me about doing that film. From my initial days, I wanted to make it clear that I don’t have any limitations as an actor. I can proudly say that my performance in AVAK is my best.

Anirudh’s nature is such that he has sung over 100 songs without taking a single rupee out of friendship and affection. The bond between Leon James and Anirudh helped us. It was the idea of director Ashwath to have Gundellona song.

As there are other movies releasing tomorrow, how are you feeling?

I have more confidence in my film and expect all the movies to perform better. Suresh Babu Garu once told me that our industry could accommodate three blockbusters simultaneously. Sita Ramam and Bimbisara were released on the same day. If the films are good audience will watch all four as it is Diwali season.

Faluknama Das 2 will be made at a PAN Indian level and will go onto the sets by next year-end. My film with Arjun sir will resume shooting on November 3. Apart from that, my other projects are Damki, Gaami, and a film with Ram Talluri. Gaami was delayed since it has more VFX work.