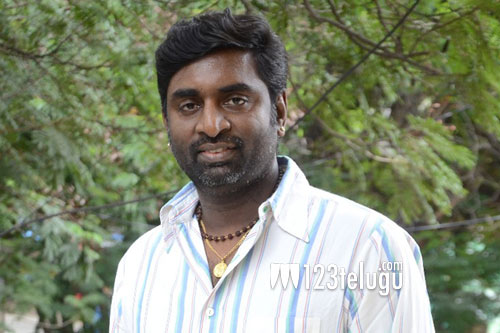 Chiranjeevi’s son-in-law, Kalyaan Dhev’s debut film, Vijetha is all set to hit the screens on July 12th. On this occasion, we had a brief chit chat with this film’s Cinematographer K. K. Senthil Kumar. Here is the transcript.

Q) How did you come on board for Vijetha?

After Baahubali, I was in a small confusion about what kind of film to do next. In that process, I met producer Sai Korrapati at Rajamouli’s farmhouse and had a normal discussion about this project. When Sai garu asked me to be a part of the project, with a slight hesitation, I said okay and asked the director to meet me. Rakesh Sashi came with a full-fledged script and gave me a complete narration. After listening to it, I was totally impressed and decided to do this project.

Q) What is Vijetha all about?

It’s a nice family drama which revolves around the father-son relationship. Usually, the audience like to watch either larger than life or realistic films, this film comes under the latter part where every emotion will be very natural and the audience can relate to themselves in many incidents.

Q) Did you find it difficult to shoot a normal film soon after a huge project like Baahubali?

Yes! Initially, I had a problem because Baahubali’s canvas was vast when compared to regular films. But it was a challenge for me to go back to my old days and shoot the keeping the budget limitations in mind. On the whole, Vijetha is like a re-learning process and helped me a lot to do more realistic films further.

Q) Tell us about your hero Kalyan Dhev?

Initially, he was not comfortable with the shooting atmosphere but later on got habituated to it. I will not say that he is a great actor at this point in time but surely has the capability to emerge as one in the future. Basically, he is a very hard working person by nature.

Q) Did you get any offers from Bollywood?

Yes. I was offered a couple of films from Bollywood but as I did not connect with the scripts I kept them on hold. But I’m happy to kick-start my work with Vijetha after Baahubali.

Q) News is that Rajamouli and Deva Katta will be jointly directing Baahubali prequel, Are you part of it?

Yeah, Baahubali prequel will be shot as a web series and it’s not true that both Rajamouli and Deva Katta will be directing it. Only Deva Katta will direct it and Rajamouli will just supervise it. I’m not going to be a part of it.

Q) Do you have any directional plans in the near future?

To turn as the director is every technician’s dream and obviously, I’m not an exception. I too have ideas but am not in a hurry to handle the megaphone yet. If I decide to kickstart a project, I will take my own time and come up with a meaningful film.