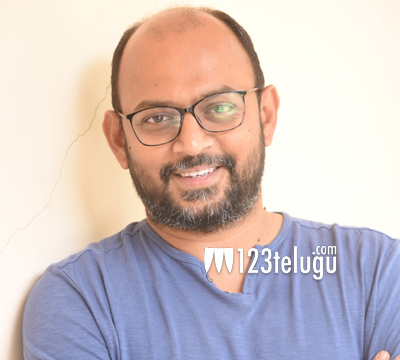 Allu Sirish and Surbhi starrer Okka Kshanam is gearing up for a December 28th release. On this occasion, we caught up with this film’s director VI Anand for a brief interview. Here is the transcript.

Q) What is Okka Kshanam all about?

A) Okka Kshanam is a romantic thriller which runs on a parallel life concept. The film is an edge of the seat thriller and it showcases an intense conflict between love and destiny.

Q) Rumor is that you took inspiration from the Korean film Parallel Life. Is it true?

A) No. Parallel life is a concept which has been there in our history since 1800. We can find many books and articles on it on the internet. Yeah, there is the Korean film Parallel Life, but our film has no similarities with it. Okka Kshanam is an original story and it has an original screenplay.

Q) What sort of efforts did you put in to reach out to the audience?

A) Yeah, we took utmost care to narrate the film on a lighter note to reach out to a larger section of the audience. In the teaser itself, we revealed the concept so that the audience will be prepared before coming to theaters.

A) I met the film’s producer Chakri Chigurupati three months before the release of Ekkadiki Pothavu Chinnavada and gave him a twenty minute narration. He immensely liked the concept and suggested me to narrate it to Sirish. After listening to the complete script, Sirish agreed to do the film and that’s how the project took off.

Q) Tell us about your next projects?

A) I’m doing a project for Geetha Arts. Complete details will be revealed soon.