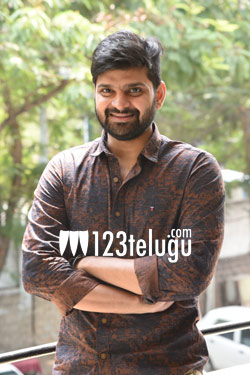 Sree Vishnu has been promoting his new film Needi Nadi Okate Katha quite aggressively. The film is up for a release this Friday and on this occasion, we caught up with him for a brief interview. Here is the transcript.

Our film is about the story of a young man who discontinues his studies. How he settles down in life and what problems does he goes through is the whole film all about. The film is a middle-class story and many individuals will be able to relate to my role. The emotions and characters are quite real.

The father’s role looks quite powerful. Tell us about it?

Yes! The father’s role is very important in the film. Director Devi Sri Prasad has played the character and every father will connect to his role in a very strong way.

Why are you mostly doing mass roles?

Being a mass hero is no joke. My kind of mass hero is doing roles which are closer to the audience and being one among them. I am only picking films which everyone can relate to.

Why has the film got delayed for so long?

We started this film one and half years back only. As I got busy with Mental Madhilo, we slowed down this project. We made this film on a very strict budget and saved a lot of money.

I would love to do different and simple films like Needi Nadi Okate Katha. My image is also such and I want to prove myself as an actor first and create my own identity.