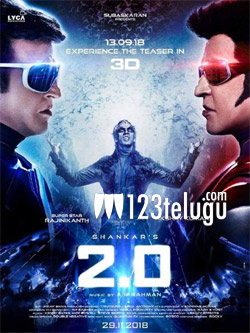 2.0 is all set to release in China and in doing so, it has secured a mammoth release for any foreign film, so far. Lyca Productions confirmed that it has teamed up with HY Media, a leading distribution company, to release 2.0 in China in May, 2019. 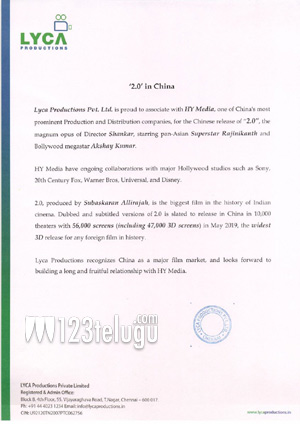 As per an official statement released today, 2.0 is expected to release in 10,000 theatres with nearly 56,000 screens in China. This also includes 47,000 3D screens. If the film manages to impress the Chinese audience, then sky is the limit for 2.0 in terms of its overseas box office collections.

Directed by Shankar, the film has Rajinikanth, Akshay Kumar, and Amy Jackson in lead roles, and it has already grossed Rs 400 crores at the box office.