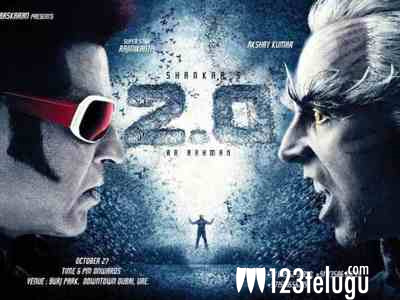 After a solid first weekend where it collected a gross of over $3.75 million, Super Star Rajinikanth and maverick director Shankar’s sci-fi 3D extravaganza, 2.0, has taken a positive start on its first Monday in the US. Until 9:45 AM on the crucial weekday, 2.0 has grossed $20,682.

2.0’s latest North Indian cumulative gross is $3,774,349. The film is expected to breach the rare $4 million mark before the second weekend kicks in. The film needs to perform exceedingly well to reach the break even mark, considering that more than $7 million are at stake.