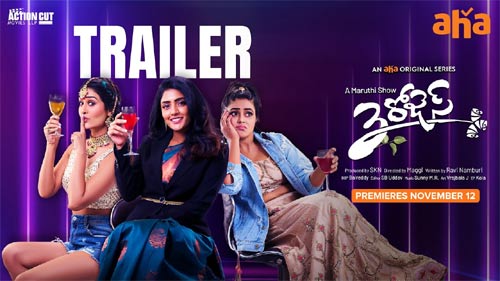 3 Roses is a show which has made the right noise ever since it was announced. The showrunner is director Maruthi and Maggie has directed it.

After the good response to the teaser, the makers have released the trailer today. The show is all about three modern girls played by Paypal Rajput, Poorna, and Eesha Rebba who are forced to get married and settle down.

The production values, emotions, and fun showcased look good. Each of the characters of the heroines is also established well in the trailer. Viva Harsha has a fun role.

The show looks quite colorful and is quite modern in terms of taking and sensibilities. SKN produces this show that will stream on AHA soon. For now, the trailer has surely created a good hype.