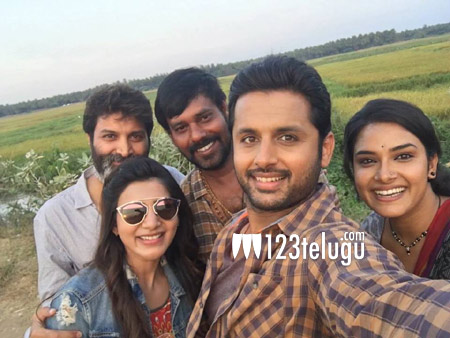 We have reported a while back that crucial scenes involving Nithin and Samantha were being canned at Pollachi for A..Aa under Trivikram’s direction.

According to the latest update, the schedule has been wrapped up. Apparently, approximately over 80% of the shoot has been completed with this schedule.

The flick is slated to hit the screens on April 22nd. Haarika and Hassine Creations are bankrolling the flick.