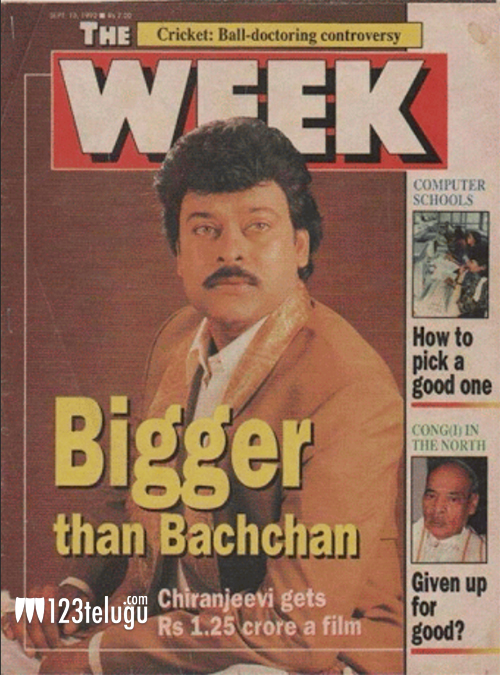 Megastar Chiranjeevi is one of the most popular and highly recognised actors of TFI. During the late 80’s and early 90’s, Chiranjeevi was in superb form and he was the undisputed No.1 of the Industry. He was also the highest paid actor of TFI. We came across this old cover photo of The Week, dated September 13th 1992.

The cover story is pretty much self explanatory. Apparently, Chiranjeevi was one of the first Indian heroes to get a 1Cr + pay check, more than what Bachchan was getting for his films in 1992. See and enjoy the cover photo folks.