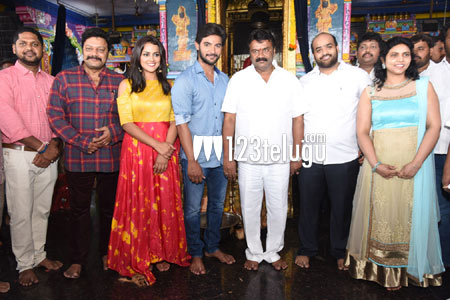 After taking a decent gap following the release of Chuttalabbayi, actor Aadi is currently busy with a handful of exciting projects. This morning, Aadi’s new film in debutant Vishwanath Arigela’s direction was launched in style.

Apart from this film, Aadi also has a horror comedy in V4 Movies banner and another multi-starrer in Sriram Adittya’s direction.