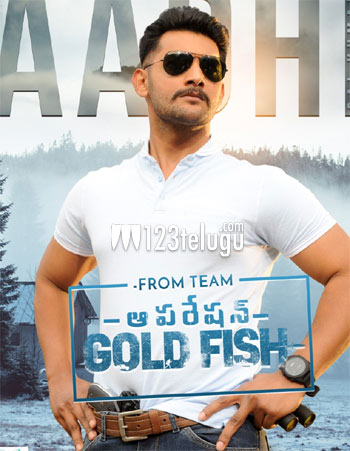 After lying low with a series of debacles, hero Aadi is determined to bounce back with his upcoming film, Operation Goldfish. The film is being produced and directed by Vinayakudu fame Sai Kiran Adivi.

According to the latest updates, Operation Goldfish’s entire shooting formalities have been wrapped up. The post-production work is underway at the moment, and the makers will announce the film’s release date soon.