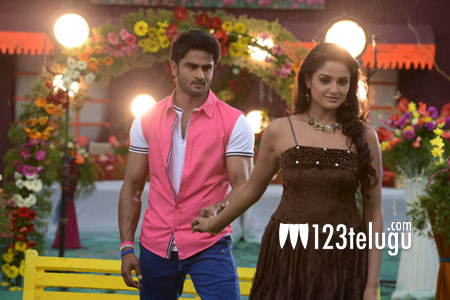 Sudheer Babu had a decent debut with ‘SMS’ and his second film ‘Prema Katha Chitram’ registered a huge success at the box-office. He is right now getting reading with his next venture ‘Aadu Magadu Ra Bujji’.

The shoot of the movie has been completed except for one song. Sudheer Babu will be exposing his six pack body in this film and he has worked hard to get the perfect physique. This movie is expected to be an action entertainer with good dose of comedy. Post production work is going on in full swing and the audio will be launched in this month. Movie will be releasing next month.

Asmitha Sood and Poonam Kaur are the female leads in the movie. Krishna Reddy Gangadasu is the director of the film and Sri Kommineni is composing the music. SN Reddy and Subba Reddy are jointly producing this movie.