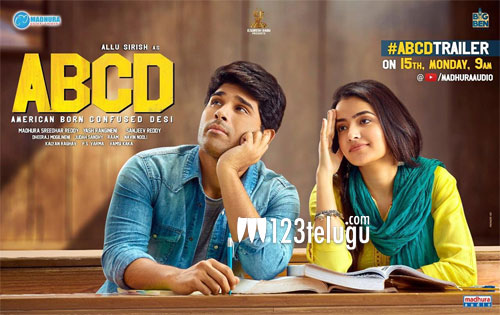 According to the latest updates, ABCD’s theatrical trailer will be unveiled on April 15 at 9 AM. In the movie, Sirish will be seen in the role of a young NRI who returns to his native place in a Telugu state. Sanjeev Reddy is the director of ABCD and Pellichoopulu co-producer Yash Rangineni and Madhura Sreedhar are the producers.