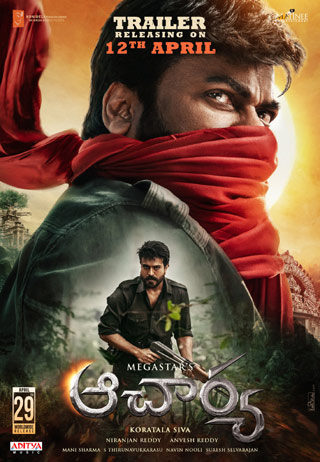 Acharya is a film that has been in the making for a long time now. Starring megastar Chiranjeevi, this film will release on the 29th of April in a big way.

Now the news is that the theatrical trailer of the film will be launched on the 12th of this month. Ram Charan also plays a key role in this film which is directed by Koratala Siva.

Pooja Hegde and Kajal play female leads in this film. Two songs that were released have been big hits already. A new song featuring Chiru and Charan is also expected to be out soon.

Now that the promotions have once again started, we need to see what Koratala Siva has in store for us in the days to come. Mani Sharma composes music for Acharya.